The Riddle of the River 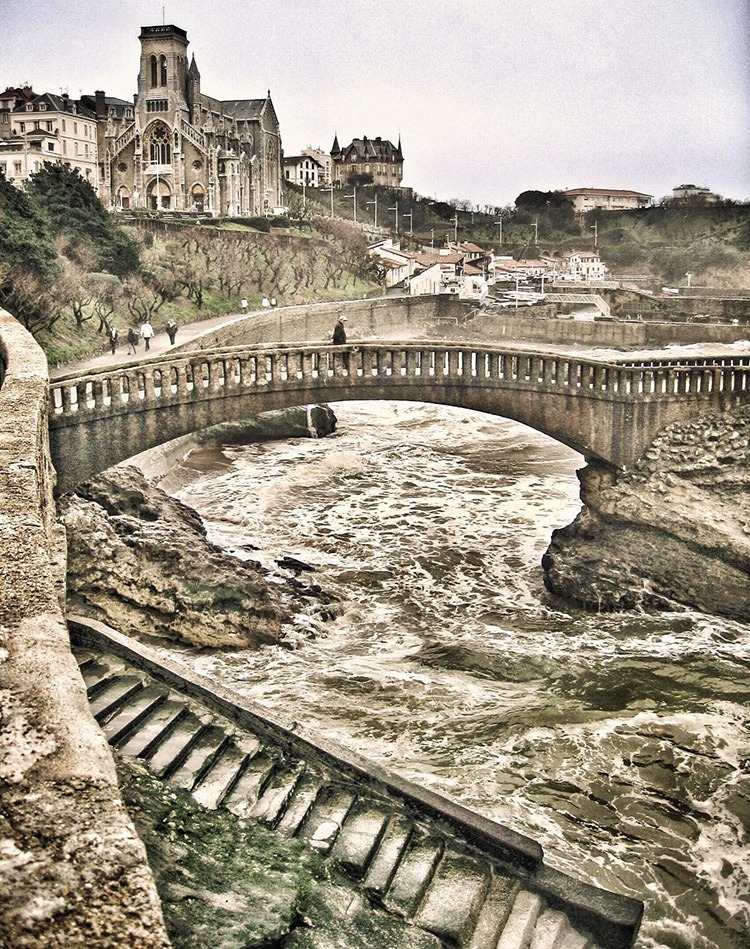 Time streams down steep slopes and its ceaseless flow will carry away everyone and everything, including all that has been valued or hated or paid for with sweat and tears.

It is said that one does not step twice into the same river: the second time around, not only have the waters moved on, one is simply not the same anymore. Such is the nature of rivers, and yet it is in the nature of man to seek returns and repetitions, to look for familiarities, and to revisit old patterns. This inherent contradiction will trouble any attempt to retrieve the time past, but such is the predicament of memory and such is the allure of reading.

This site is dedicated to the beauty of things known but not owned, to the pleasures of old discoveries, and to the reiteration of all that is right and true but has not been said enough.

The e-books by D.S. Theodoropoulos seek links with a past that cannot be forgotten as well as with a present that could be lost too easily. They were written for people who set out to live by the universal values of dignity, equity and measure. They champion that most typical of the Greek beliefs, the one that demands ideas to be understood as primal realities.

The tetralogy of Evlampía is based on the tetradic idea of the four basic elements of the natural space – air, earth, water, and fire. In the series there are four individual e-books, and one e-book of the complete series. 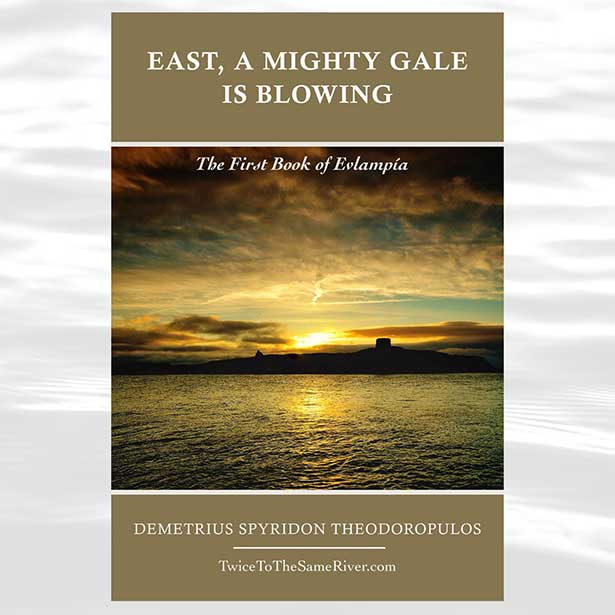 When M.E. de Valois was appointed private secretary to the living legend of politics Prince Talleyrand, little could he have guessed about the purpose of his work… 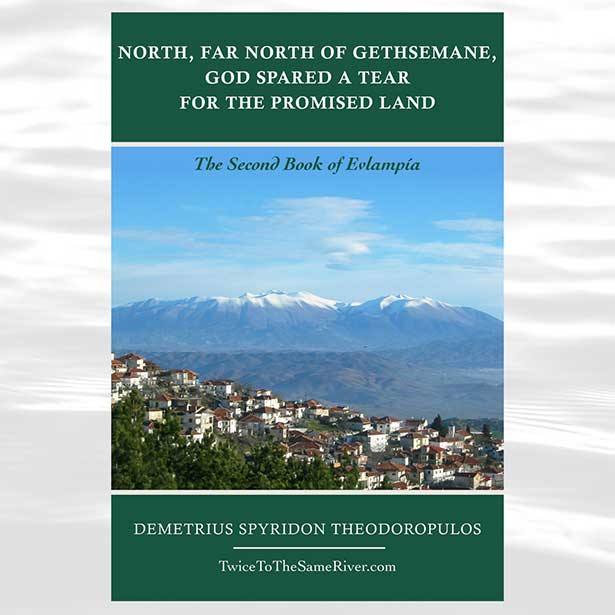 Discussions between an emperor and a heresiarch run predictable courses: the one’s curiosity will slowly but surely give way to suspicion, the other’s audacity… 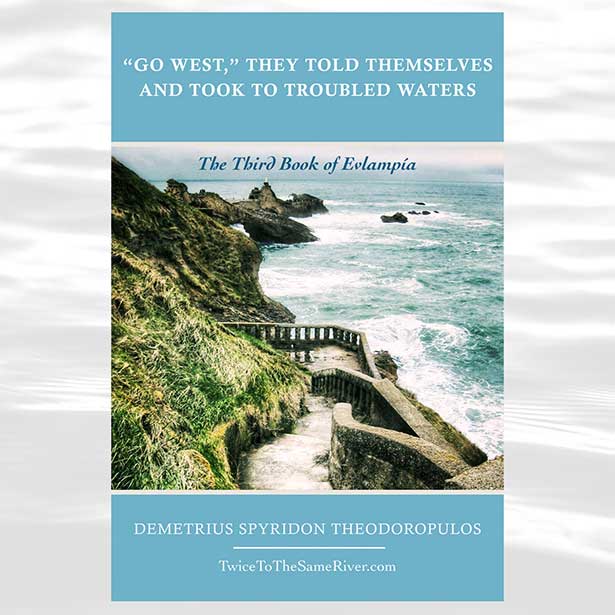 No one sets out to test the borders of sanity, no one wants to challenge the limits of fate; but it happens, and when one arrives there, he seldom realizes it… 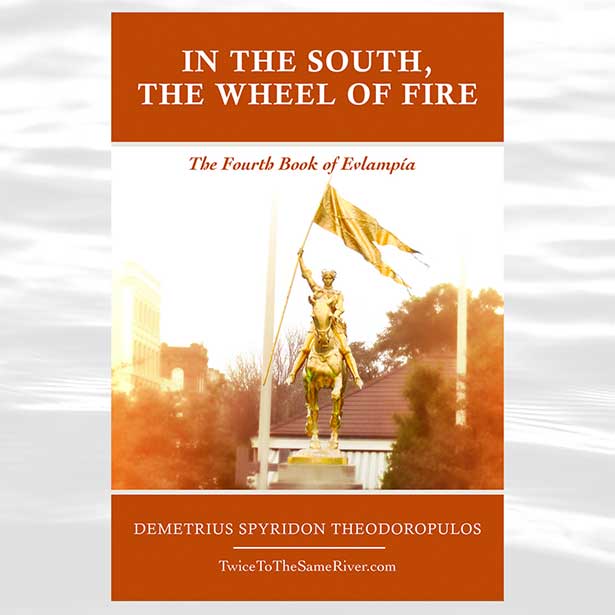 Before they become events, revolutions exist in the minds of men; and it is therein that they survive long after their political demise. Such is the nature of ideas… 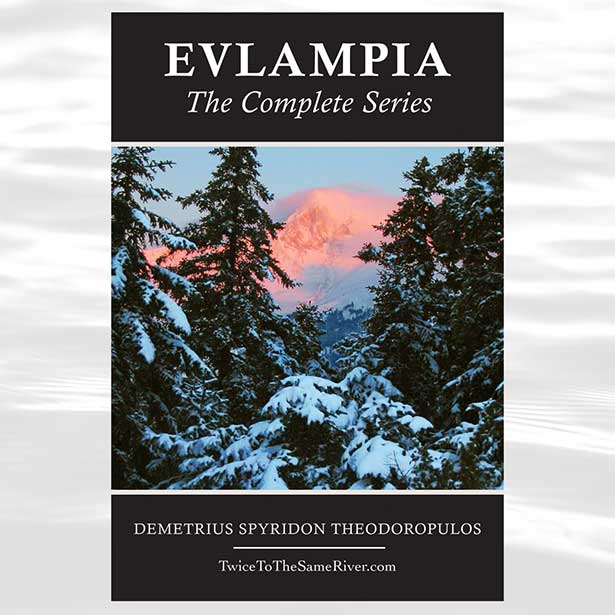 Purchase Evlampia – The Complete Series and SAVE $3 over the cost of buying all four of the e-books individually. 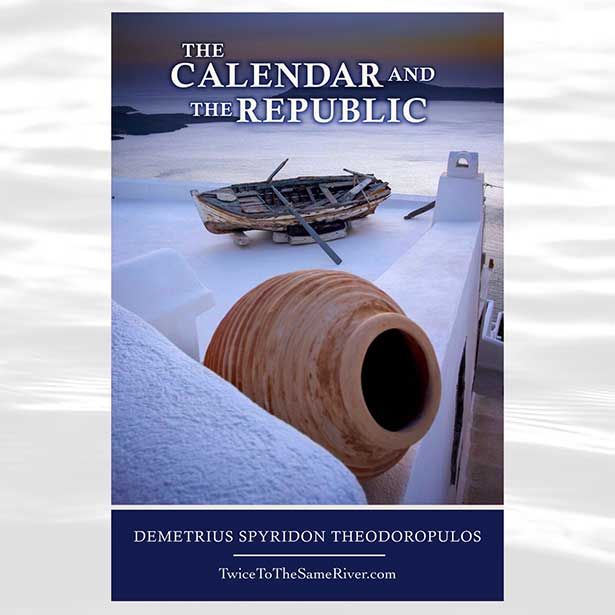 The Calendar and the Republic

When the empire came to its foretold end, Patriarch Ieremias took it upon himself to designate a ruler for the times to come; when the preordained number of the years was concluded, he forbade discussions on new calendars. The tasks that lay ahead were daunting, their hardships unimaginable; yet his directions could not have been any simpler. And for all the simplicity, the centuries that followed came ripe with complications, mistaken paths, preventable catastrophes and unstoppable repetitions. Such was their cruelty that, every time one cared to look back, the question had to be raised again whether all that had happened was real or simply dreamt of.

About these cycles is the Calendar and the Republic. Naturally, it is a study of the attributes of Time – of such parts of the mystery as can be understood – and is intended to demonstrate the logical merging of History with the greater continuity of things. But if it portrays the distinct characters and types of a certain era, with all their unique reflections and fears, and unusual conditions that prompted extraordinary actions, it also brings up a very baffling riddle: the one of their seamlessly unvaried return. 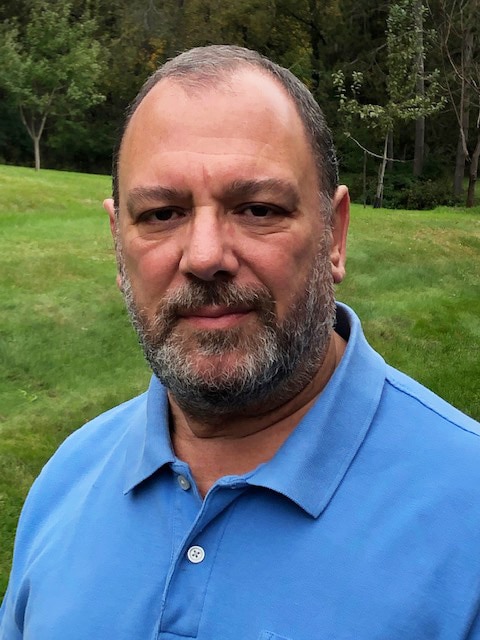 Demetrios S. Theodoropoulos, MD, DSc was born in Lefkas and raised in Nea Ionia and Volos, Thessaly, Greece. After graduation from Medical School and brief employment at Greek hospitals, he immigrated to England first and then to the United States where he trained in Pediatrics, Medical Genetics and Allergy-Immunology. With his wife Niamh and daughter Lydia, he lives in La Crosse, Wisconsin.